Continuation of TEPA conference series in the Czech Republic

The recent achievements in the research of the powerful electron accelerators operating in the earth’s atmosphere were reported during the 8th iteration of the Thunderstorms and elementary particle accelerators (TEPA) conference in Prague, October 17-20. After 2 years delay due to covid19 pandemic, physicists from Armenia, France, the Czech Republic, Slovakia, Germany, Japan, and Sweden again gathered together for discussing new exciting results in this fast-developing scientific field. The conference was organized by the Cosmic Ray Division of Yerevan Physics Institute, Armenia, and by the Research Centre of Cosmic Rays and Radiation Events in Atmosphere (CRREAT) of the Nuclear Physics Institute, Czechia.

The main scientific results of the conference can be summarized as follows:

The origin of the enhanced particle fluxes from the thunderous atmosphere is relativistic runaway electron avalanches (RREAs), emerging in the lower atmosphere each time when the strength of the atmospheric electric field exceeds the critical value specific for the air density (height above the sea level). The enhanced fluxes of the electrons and gamma rays detected on the earth’s surface as TGEs can be enormously high, reaching hundreds of percent above the fair-weather level. The intensity of the atmospheric neutron flux can be doubled during TGEs. On average, each second the earth’s surface is bombarded by 10^18 high-energy leptons (with energy above 100 KeV). These findings are presented in the recent catalogs published by Armenian and Japanese groups, and by detecting numerous TGEs by the same type SEVAN detectors, in the Czech Republic at Mileshovka site, at Lomnicky Mt. in Slovakia, and Mt. Musala in Bulgaria, and by other groups worldwide.

Very special atmospheric conditions giving rise to RREAs are fulfilled during the Spring storms at mountain altitudes, as well as during winter storms at sea costs in Japan. The common in these climatically very different regions is the lower location of a transient structure, the so-called, lower positive charge region (LPCR), forming a lower dipole with the main negative charge region in the middle of the thundercloud. The existence of such a transient structure, sitting on the fallen graupel is proved in Japan by radar measurements, and at Aragats by recovering the energy spectra of TGE gamma rays and electrons. However, most of TGEs occurred when NSEF is not positive, but deep negative. In this case, the lower dipole is formed by the same main negatively charged region in the center of the thundercloud, and its image in the earth. The details of the operation of this dipole are not fully understood yet.

During the excursion to Mileshovka hill where the majority of CRREAT project facilities are located, the conference participants see big progress of CRREAT group in preparing new experimental facilities, including optical lightning monitoring capabilities and in detecting TGEs with SEVAN detector. During the TEPA conference, the ASEC consultative board meeting chaired by J.Knapp took place. The board listens to A. Chilingarian’s report on the 2022 research activities and gave recommendations concerning the 2023 scientific program. 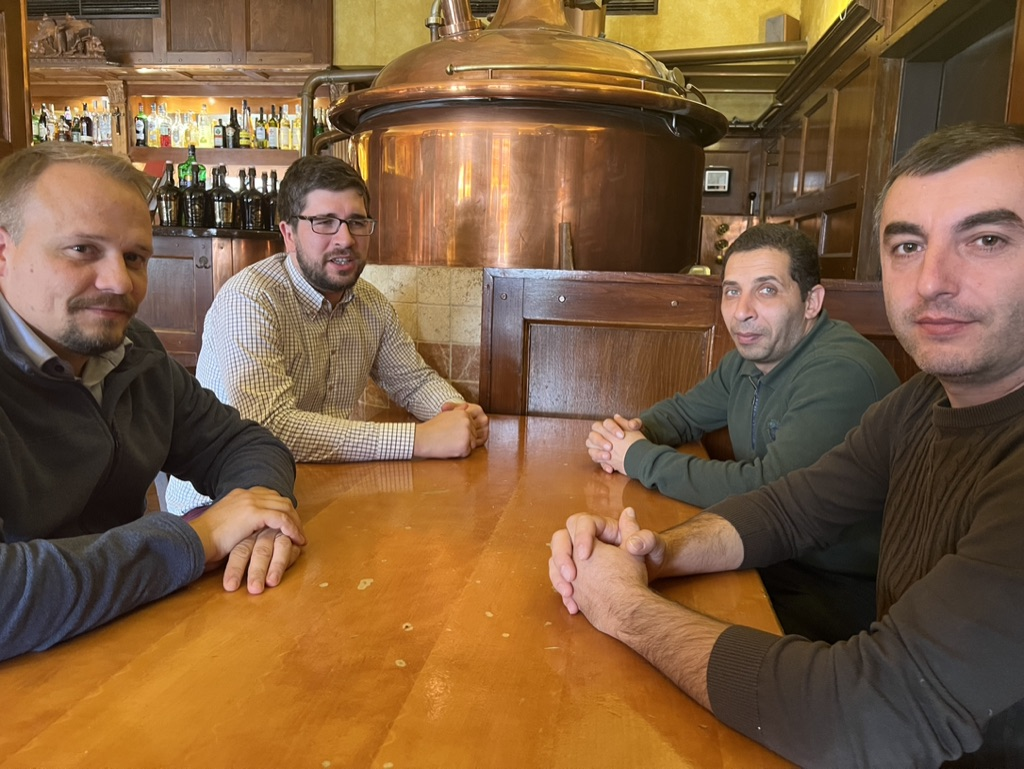